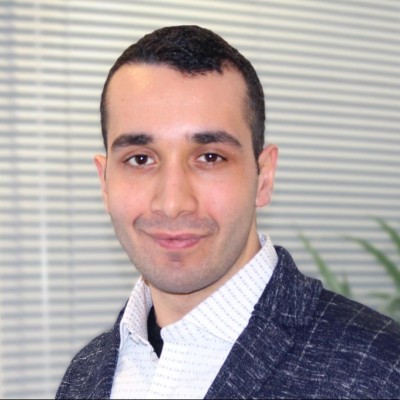 A project’s long-term success is tightly coupled by its maintainability. A clean and well crafted source control history is one of the most important and powerful tools when it comes to maintain projects.

In this document, I will try to provide some recommendations to help us build and keep a clean source control history and make life easier for both our future selves and whoever might inherit and maintain your codebase.

A good commit is an atomic set of changes, documented with a well-written commit message.

Give some thought into your changes and try to divide them into logical chunks of work, each addressing a single operations.

If you can, make your commits digestible; for example, don’t code for a whole week on five different bugs and then submit all of your changes in a massive commit:

Try to split your work into at least one commit per bug, with well-written commit messages. This will make it easier to review the changes and pull out or revert one of the change sets later if needed:

Here are some rules of thumb:

The first line of your commit message should be treated like the subject line of an e-mail message.

This should summarise the changes in a short, descriptive sentence.

Start with a capital letter

The subject line should be capitalised, for example;

Keep it short - about 50 characters or less

50 characters isn’t an absolute limit, but it forces the author to think about the message and try to summarise it as clearly as possible.

If you’re having a hard time summarizing, you might be committing too many changes at once. Always try to make atomic commits.

Most git platforms are aware of this convention and will display a truncated version of your subject line if it’s longer than it supposed to be.

Use imperative mood in the subject line

Git itself uses imperative whenever it creates a commit, for example if you use git merge, you will see a commit message like the following:

So when you write your commit messages in the imperative, you’re following Git’s own built-in conventions, which increases consistency across the source control history. For example:

Do not end the subject line with a period

Ending wih a period is unnecessary in subject lines. Besides, the period eats a precious character from the 50 character limit.

Not every commit message requires a subject and a body. Some commits can be as simple as:

There is no need to say anything more. If the reader wants to know what was the typo, they can take a look at the change.

However, sometimes your commit needs a bit of explanation or context. In this case, add details of your change after your subject line. Try to explain the context and reason of the change. For example:

Separate the body from the subject line with a blank line

Use the body to explain what and why instead of how

Code is generally self explanatory about how a change was made. Focus on documenting the problem your solution and why is it the best way to tackle the problem in the message, instead of the implementation details of your solution.

For example, do this:

Drop a reference to the related work item to make it much easier to track the cause of the change. This is especially good when the git platform is capable of automatically associating the referenced work item as it also helps with changelogs.

The Pull Requests are an important part of the source control history, because this is the place where a particular change is documented, explained, reviewed and refined.

The more changes in a pull request, the harder to understand it, and the longer it takes to review it.

Break down your work into multiple pieces of logically separate and independent pull requests to ease the review process, catch bugs early and reduce code smell.

Just like classes and modules, pull requests should do only one thing. Before submitting a PR for review, try applying the principle of single responsibility. If this code is doing more than one thing, break it into other Pull Requests.

The Pull Request title should be short and self-explanatory

The title should be sufficient to understand what is being changed. For example:

The description should contain as much detail as possible

This is especially helpful if the Pull Requests are merged into the mainstream via a squash merge, in which case your PR title and description will automatically form a good commit message.

This document is heavily inspired from the following articles:

After our team worked on a git repository for a while, we accumulated a lot of useless branches that are no longer being used. We’ve removed these branches regularly from the origin, but the local ...

The Dynamics 365 Package Deployer is a great tool that allows you to move your customisations and data between environments in bulk. It imports your solutions and data, and provides an API to hook...

Recently, I needed a quick way to delete multiple Azure Active Directory applications. This is unfortunately not possible through the Azure portal, so it was time for a little PowerShell magic. I ...